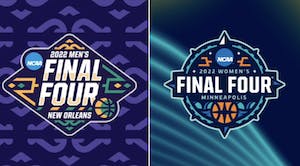 What might have been a small change on a social media page is being lauded as a move toward a more equal men’s and women’s NCAA Final Four tournament.

There used to be just a sole Twitter account for the Final Four, which called itself the "official" handle for the tournament. It only tweeted about men's games. The men's and women's Final Four now each have their own logo and Twitter handle: @mfinalfour and @wfinalfour.

Equal branding for both tournaments has long been a goal of advocates for women's athletics.

“If you're going to make them separate, then make sure that the marketing for both tournaments is equal and fair,” IU women's basketball coach Teri Moren told IndyStar in November. “If you're not going to do that, then you’ve got to bring us together, because to do that for one and not the other is wrong. Our women deserve that."

It is another step towards fixing issues that have persisted for years, but that got major exposure during last year's NCAA tournament. Oregon's Sedona Prince posted a TikTok video that showed disparity in weight room quality between the men's and women's tournament bubbles in Indianapolis and San Antonio. Ducks player Sabrina Ionescu tweeted similar images comparing the spaces.

Other disparities — food, gifts and even COVID testing — began to emerge, IndyStar reported. 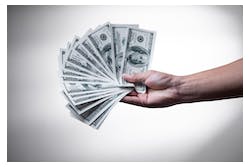