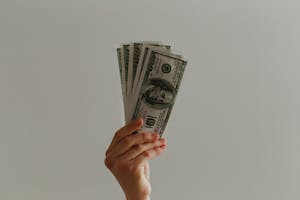 Just as name, image and likeness opportunities begin to cut certain college athletes a slice of the marketing pie, high school athletes have started making endorsement deals with pizza parlors, apparel companies and smartphone apps in a handful of states.

As reported by Pew Trust's Stateline, throughout much of the country, such deals would still cause star players to forfeit their athletic eligibility, but the landscape is shifting quickly. Eight state athletic associations now allow high schoolers to profit from NIL deals, and more than a dozen states are considering similar changes, according to Opendorse, a Nebraska-based endorsement industry technology provider.

The high school push follows last year’s change at the college level,  when in July the NCAA rolled back its longstanding rules banning such deals. "The NCAA ban had served as a de facto prohibition for high school athletes who wanted to preserve their college eligibility," wrote Stateline's Alex Brown. "With the old NCAA rules revoked, states are left to decide high school policy."

As reported by Brown, while state legislators largely crafted the changes for college athletes, decisions at the high school level have mostly been left to the statewide school associations that govern high school sports. Leaders of those groups say they’ve been compelled in the past year to revisit their rules, both to offer clarity to students and to determine whether changes are necessary.

“We wanted to be proactive in our approach and drive the direction we wanted this to go,” said Robert Zayas, executive director of the New York State Public High School Athletic Association, which announced last October that its athletes could profit from endorsements. “We did not want to end up in a situation where we were going to face litigation or have legislation proposed."

Officials there said athletes should be free to capitalize on the earning opportunities their talents generate, just like their peers in school band or theater programs. Many high schoolers, including athletes, have amassed large followings on social media.

“There's a lot of money being made by teenagers who may have followers on a YouTube channel or TikTok, and we don’t want to stand in the way of those opportunities,” Colleen Maguire, executive director of the New Jersey State Interscholastic Athletic Association, told Stateline. “Why should they be restricted in these activities that their peers have, just because they play sports?”

Maguire’s group voted in November to allow endorsements for its students. States that have opened endorsements still prohibit athletes from using their team uniform or logo in advertising.

Meanwhile, nearly two dozen states have indicated that they won’t be changing their rules to allow endorsements, according to Opendorse. Leaders have argued that big-money contracts have no place in games played by high schoolers.

“We continue to maintain that we are education-based athletics,” said Billy Haun, executive director of the Virginia High School League. “Amateur athletes should be playing sports for the physical, mental, social, pleasure and educational values they get from this.”

“[S]cholastic sports have a different focus and exist to extend the classroom and teach those life lessons such as leadership, how to follow, work hard, set goals, work on a team,” Robin Hines, executive director of the Georgia High School Association, said in an email to Stateline.

Virginia has taken opposition to the next step. Earlier this month, lawmakers there passed legislation that would prohibit such transactions at the high school level.

Officials in Oregon sense the inevitability of the prep endorsement push, and are likely to act favorably toward it, according to Stateline. Colorado is another likely adaptor,  with the Colorado High School Activities Association’s legislative council set to vote on new rules in April.

“This is not going to go away, so how do we find a way to uphold the core values of education-based athletics but also provide that opportunity for an individual student that may be a standout?” CHSAA commissioner Rhonda Blanford-Green told Stateline.

Regardless of the number of states who eventually buy in, there isn't likely to be the type of endorsement explosion witnessed over the past nine months at the collegiate level.

“High school athletes don’t really have a lot of [endorsement] value,” Thilo Kunkel, director of the Sport Industry Research Center at Temple University, told Stateline, adding, “Those few who have built a recognizable brand should be able to monetize that.”