After feedback from alumni and students, the University of Minnesota-Duluth decided to scrap its new “Champ the Bulldog” mascot before announcing plans for a new costume committee.

The update came in an online announcement from the school Tuesday, as reported by CBS 3 in Duluth.

One student even started a petition to change the mascot back to its previous look, which depicted Champ with gray fur. The petition garnered hundreds of signatures.

“We have heard from our students, alumni, fans and supporters over the last few days and appreciate all of the passion for and loyalty to Champ. The previous UMD Champ mascot will return for the current school year,” school leaders wrote.

Moving forward, the UMD athletic department plans to work with University Marketing and Public Relations and a committee to gather input and examine several concepts for the Champ costume.

“This committee will be tasked with helping select a new Champ that honors the rich history and tradition of the Champ mascot, considers modern enhancements like cooling features for the safety of the performer, and aligns with our maroon and gold brand," the leaders wrote, as reported by CBS 3. "In addition to the committee, there will be opportunities for members of the campus and community to participate in the selection process." 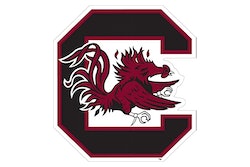 After feedback from alumni and students, the University of Minnesota-Duluth decided to scrap its new “Champ the Bulldog” mascot before announcing plans for a new costume committee.
September 8, 2022

University of South Carolina student-athletes will have access to elite brand support, negotiation assistance and a strategic deal procurement process through a new partnership between Gamecock athletics and Everett Sports Marketing (ESM).
August 31, 2022

“Cocky” will now be joined by “The General” at University of South Carolina football games this fall.
August 30, 2022

The Savannah Bananas, who became a national sensation with their showy and circus-like style of baseball, are leaving the Coastal Plain League to focus on their professional team, the team announced...
August 25, 2022

The University of Illinois has launched its new Brand Ambassador Program, which will pair students from the school's College of Media with individual student-athletes.
August 25, 2022

Peloton to Make Bike and Accessories Available on Amazon