Adding 1,600 seats to Lincoln Financial Field is the biggest shakeup the Eagles have seen to their season-ticket situation since the team opened the Linc in 2003.

"It's a puzzle. A big puzzle," said team president Don Smolenski, who spoke to a group of reporters at NovaCare as season ticketholders received an email explaining the changes entailed in the second phase of the stadium renovation, which should be complete by the end of July, he said.

The part of the puzzle that will matter most to many fans is that season-ticket prices for 52 percent of the Linc's now-69,000-plus seats will increase somewhere between $10 and $25 per game. Forty-three percent will stay the same and 5 percent will go down, in the wake of what Smolenski said was an Eagles study of pricing elsewhere. He said the Birds will continue to have the lowest average ticket price in the NFC East. He did not give a reason why prices would increase for the second year in a row, other than referring to "the marketplace" as a barometer.

The new seating sections in the northeast and southwest corners of the stadium will connect the upper concourse. Under the reconfiguration, some people's current seats are being eliminated, and they will have to choose new locations.

In addition to adding 700 seat licenses for purchase, Smolenski said the Eagles look forward to finally being able to accommodate people who want to change the location of their seats, and they hope to make at least a small dent in their 40,000-person, season-ticket waiting list. The Eagles formerly had five different pricing levels; they now will have eight. All lower-bowl seats will continue to have seat licenses.

"This is the most tickets we've made available since I've been here," said Smolenski, who came to the organization in 1998.

In a statement released by the team, Smolenski said:

"Over the years we have received a number of requests from our season-ticket members to purchase seat licenses, relocate their seats, or purchase additional tickets. By adding new seats to our stadium, there are opportunities to fulfill some of these requests. Our ticket office will be managing this process over the next few months and we will be fair and flexible throughout the process."

Smolenski said that although adding to the Linc's capacity and upgrading amenities, such as the new video scoreboards announced last week, "allows us to be in the conversation" for a future Super Bowl, the possibility of hosting that event was not the impetus for the renovations.

The league-mandated figure of 2,500 single-game tickets the Eagles offer is not expected to change.

Fans asked by the Daily News to email their reactions to the changes showed varied responses.

Scott Levi said his family has had Eagles season tickets since they played at Franklin Field, and currently sits in section 121 - lower bowl, near midfield, visitors' side. At $130 a game, the cost "is approaching the point of giving up the seats," he said. "I think the price increase is ridiculous, but I can't blame the Eagles. They're just keeping pace to be [a future] Super Bowl host."

Ryan Silverman said his seats in section 103 - lower bowl, near the 30-yard line on the home side - were among the ones that went up last year, as well, and are getting a hefty bump this year, from $105 a game to $130.

"I typically do not have issue with the policies and procedures of the Eagles, unlike most of the general public, who picks on them whenever they can," Silverman said. "I am one of the few who appreciates them putting a competitive product on the field year after year and trying to win. I did not even flinch when after a terrible 2012 season they raised prices to $105 a ticket in my section. But the following year to then increase our tickets by over 20 percent a ticket and then try to justify it by saying we are still the lowest average ticket in the NFC [East] is a bit much. Of course you are going to be the lowest-priced ticket in the NFC East, you are going up against New York, Washington and the Jerry Dome. I am still and always will be loyal, but to put forth this kind of increase is unprecedented and unnecessary. Where will it ever stop?"

Kevin Deschinat, in the loge rows of section 241, also is among the fans whose price will go down from $105 to $85. "So personally, I'm stoked about it, but I understand I'm in the extreme minority," Deschinat said. "The renovations are nice, and I can see from a financial standpoint how/why ticket prices are changing." 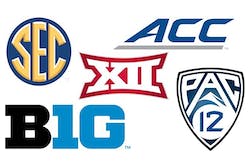