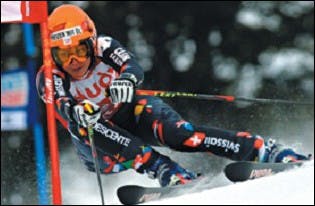 It went virtually unnoticed in the nation's press, but an early May meeting between Salt Lake Organizing Committee President Mitt Romney and the boards of equalization for Salt Lake, Summit and Weber Counties offered a fascinating glimpse of the Olympic Ideal, circa 2001.

At issue, of course, is money. While the United States recognizes Olympic committees as tax-exempt - and even though local officials had repeatedly assured the SLOC of its tax-exempt status since 1993 - it was only discovered this spring that the SLOC had never received formal approval on its tax exemption at four Olympic sites. What might have once seemed a mere formality was suddenly an opportunity for the three counties to recoup costs that back in 1993 had seemed rather vague.

The SLOC's evident annoyance at having to, in essence, reread its mission statement to local officials a mere nine months before the opening of the Winter Games masks the fact that the amount of money in question is minuscule. Taxes paid in Weber County, for example - on such items as the safety nets and race gates at Snowbasin, site of the downhill and super-G events - would total a mere $10,000. In all, officials of the three counties estimated that granting a tax exemption could cost them up to $1.8 million. The SLOC's budget, by contrast, is $1.3 billion.

But Olympics officials suggested that it was the counties that were being small-minded and miserly. SLOC attorneys were quick to remind the boards of equalization that the SLOC fits Utah's legal definition of a charitable organization because of the public recreation and athletic facilities it will leave behind (not to mention a $40 million endowment to operate them).

During the SLOC's presentation, Romney said, "While we endeavor to manage the games like an efficient, well-run business, we are not a business in that there are no dividends, no profits paid to owners and no bonuses to employees." If county officials seemed unsympathetic, it might have been because they were still smarting from the SLOC's claim that, since it was staging the Games (rather than local agencies), local financial burdens were being reduced, not increased.

As Dave Thomas, chief deputy attorney for Summit County, told the Associated Press, the Olympics will boost the necessity for added law enforcement, fire protection, and snow and garbage removal during the Games. "Their primary purpose is not charitable," Thomas said. "Their primary purpose is to put on first-class Olympics at a world-class level. That's important to Utah, but we're going to need help."

In the two months following, the news was mainly good for the SLOC. Salt Lake County officials decided to exempt the Olympic Oval, since it is being left to the community and is already open to the public. They did, however, decide to tax the SLOC on personal property, such as computers and other office equipment.

No resolution was in sight, meanwhile, in Summit and Weber Counties. Summit County officials were still reviewing documents provided by the SLOC, while Weber County officials called another hearing and then requested additional information from the SLOC on how all the pieces of equipment at Snowbasin would be used during the Games. Says Vania Grandi, an SLOC media relations manager assigned to the hearings, "I don't think they know skiing all that well. The equipment in question - gates, augers, netting - is used for skiers going 90 miles an hour, so obviously we don't plan to give it to Snowbasin, and Snowbasin would have no use for it."

Salt Lake's acquiescence on the Oval means that Romney won't have to make good on his threat to withhold street decorations. The other two counties' refusal to go quietly means less money all around, particularly in Weber County, where a lot more than $10,000 is being shelled out in the hopes of recovering $10,000 in taxes.

"They said to us at the last hearing that they've probably spent that much money just by hiring counsel," says Grandi. "But they said they just wanted to make sure they made a well-informed decision and followed all their rules and regulations."