Social media continues to wind it’s way into the sports world, and teams are using social to take fan engagement efforts to a new level. Generating social mentions is valuable, and teams are driving presence online is of increasing importance to teams.

Take the Denver Broncos, for example, who last Sunday, debuted a Twitter-powered vending machine that prompts fans to tweet using a specific message or hashtag in exchange for special prizes.

The machine, sponsored by Bud Light, dispenses prizes ranging from ticket upgrades and merchandise to ski lift tickets and signed skis. Tickets for free beer are also among the prizes--so participants must be 21 or older.

Here it is: The Broncos' new beer-voucher-dispensing vending machine pic.twitter.com/aZkElRAbkW

Similar vending machines have appeared at other sports venues, the Red Sox had one last offseason, and the PGA Tour had one at the FedEx Cup.

Broncos vice president of corporate partnerships Brady Kellogg said that the team is always looking for ways to enhance the gameday experience. 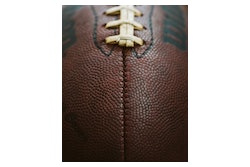 To chart a course through an ever-changing collegiate athletics universe, the University of Kansas has unveiled a strategic plan it calls "To the Stars."
October 27, 2022
Page 1 of 44
Next Page
AB Show 2022 in Orlando
AB Show is a solution-focused event for athletics, fitness, recreation and military professionals.
Learn More
Buyer's Guide
Information on more than 3,000 companies, sorted by category. Listings are updated daily.
Learn More