Which College Athletes are Making NIL Money, and How? 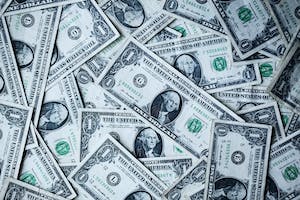 How much money college athletes are making through name, image and likeness deals varies widely by the individual's (and in some cases an entire team's) status, sport and level of competition. No surprise there. But how the compensation actually shakes out can be quite interesting, according to a report this week from Inside Higher Education.

Opendorse, a sports technology company that connects athletes with endorsements, found that since July 1, college football players have signed 60.1 percent of all NIL deals, with women’s volleyball in second place at 9.8 percent, according to IHE's Maria Carrasco. Opendorse also found that 47.8 percent of total NIL compensation is awarded for posting content on social media, 19.1 percent goes for licensing rights and 12.8 percent goes for players’ signatures on products.

Among NIL's early winners, University of Alabama quarterback Bryce Younghad had already earned close to $1 million in endorsement deals by late July. Fresno State twin sister basketball players Haley and Hanna Cavinder quickly landed deals with Six Star Pro Nutrition and Boost Mobile on the strength of their presence on Instagram and TikTok. All female athletes at Brigham Young University now have the opportunity to earn up to $6,000 during the academic year through a brand deal with SmartyStreets, a location data intelligence company. Female athletes who use their social media channels to share information about the company, attend and promote company events, appear as talent in marketing materials, and wear “SmartyStreets swag” will receive payment per activity — up to $3,000 per semester. So far, 294 athletes have signed up for the brand deal, Trent Howell, head of marketing at SmartyStreets, told IHE.

Related: For Many Schools, NIL Era Starts With a 'Name'

So far, 40 states have either enacted or drafted their own NIL regulations , according to accounting and consulting firm Baker Tilly. For those that don’t currently have NIL regulations — Alaska, Delaware, Idaho, Indiana, Maine, North Dakota, South Dakota, Utah, Wisconsin and Wyoming — Adrienne Larmett, a senior manager in Baker Tilly’s risk advisory practice focusing on higher education, said it’s on institutions in those states to develop their own policies in accordance with NCAA guidelines. If federal or state legislation on NIL were ever enacted, institutions from those 10 states would need to revisit those rules.

Looking ahead, Larmett said she’s interested to see what will come out of the NCAA’s November summit. She’s concerned about possible issues with gender equity and inclusion surrounding NIL, since men’s sports typically generate more money than women’s.