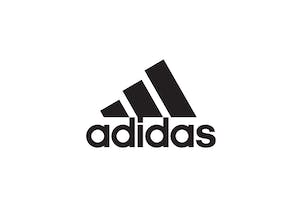 The Adidas big-net approach to name, image and likeness marketing caught the nation's attention this week, but it had a particularly significant impact on a select few individuals.

As reported by Yahoo!Sports, news of the nationwide NIL program, open to current college athletes at all 109 Adidas-affiliated Division I universities, hit Emanuel “Book” Richardson like “the ultimate smack in the face.”

Actually — as Richardson mulled it over during a WhatsApp call with Sportico.— this was more akin to a “gut punch…and punch to the jaw…by Mike Tyson,” according to reporting by Daniel Libit and Eben Novy-Williams.

Richardson, a former Arizona assistant basketball coach, was one of at least four people sentenced to prison in 2019 for their role in what the Department of Justice initially focused on as a conspiracy to create “a pay-to-play culture” in college basketball by bribing star recruits to attend Nike- and Adidas-sponsored schools.

That one of those apparel giants is now publicly flaunting plans to compensate players who attend its schools — following the NCAA's capitulation last July to multiple state NIL laws — is a reminder of how dramatically college sports norms have changed in just a few years.

Adidas unveiled its NIL network on Wednesday while James Gatto, the company’s former director of global sports marketing for basketball, as well one-time Adidas consultant Merl Code, are still serving sentences in federal prison for defrauding the schools whose athletes they bribed, Yahoo!Sports reported, adding that representative for Adidas declined to comment.

“It was gut-wrenching to watch the federal government enforce unjust and illegal NCAA athlete compensation price-fixing schemes,” said Ramogi Huma, executive director of the National College Players Association, which has filed complaints with the National Labor Relations Board and Department of Education’s Office of Civil Rights as a means to end NCAA amateurism. “Times have changed, and it’s rewarding to watch Adidas and others provide compensation opportunities that college athletes have been denied for far too long.”

While Arizona is a Nike school, the Adidas announcement galled Richardson, who had initially been caught on federal wiretaps talking about paying $40,000 to secure the eligibility of Wildcats recruit. In the end, Richardson entered a guilty plea for a single count of accepting $20,000 in bribes with the intent of directing Arizona players to certain professional agents.

“I went to jail for this,” he told Yahoo!Sports. “I have a felony, I can’t do what I love, my passion was taken away. I lost my family, my career, my house, my everything — and now, [in] five years it went from [the FBI saying], ‘I have your playbook,’ to now, ‘I am going to pay you on the books officially for your NIL.’ I just wonder how Americans feel that your tax dollars were used to investigate college basketball coaches.”